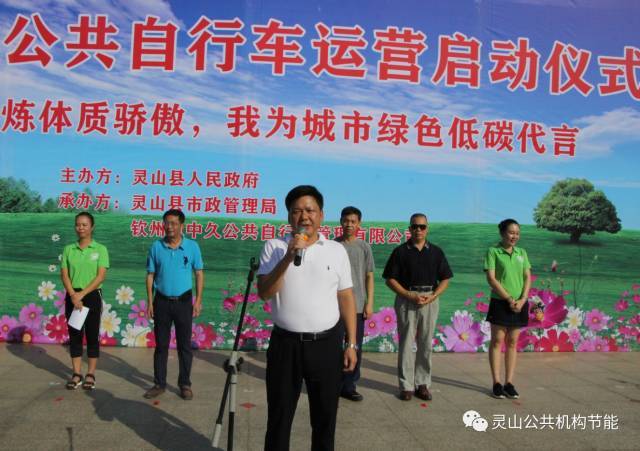 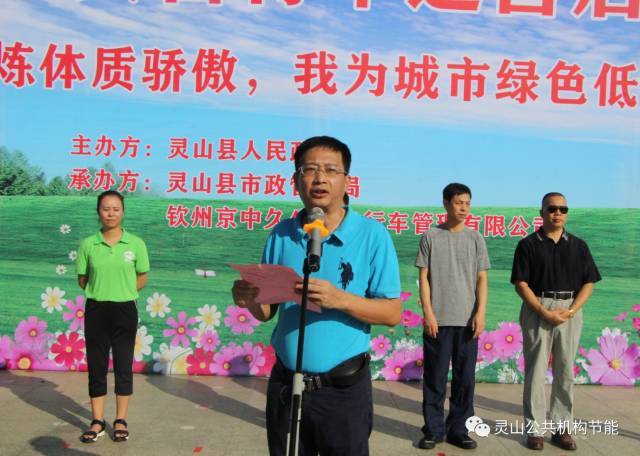 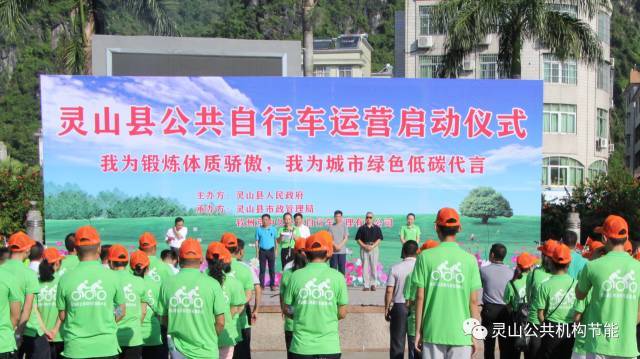 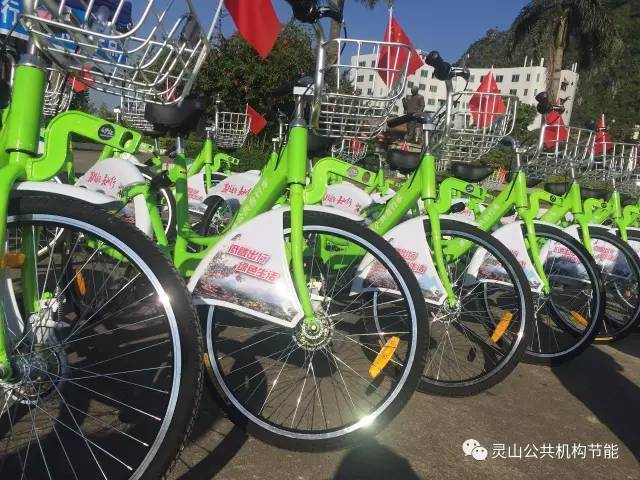 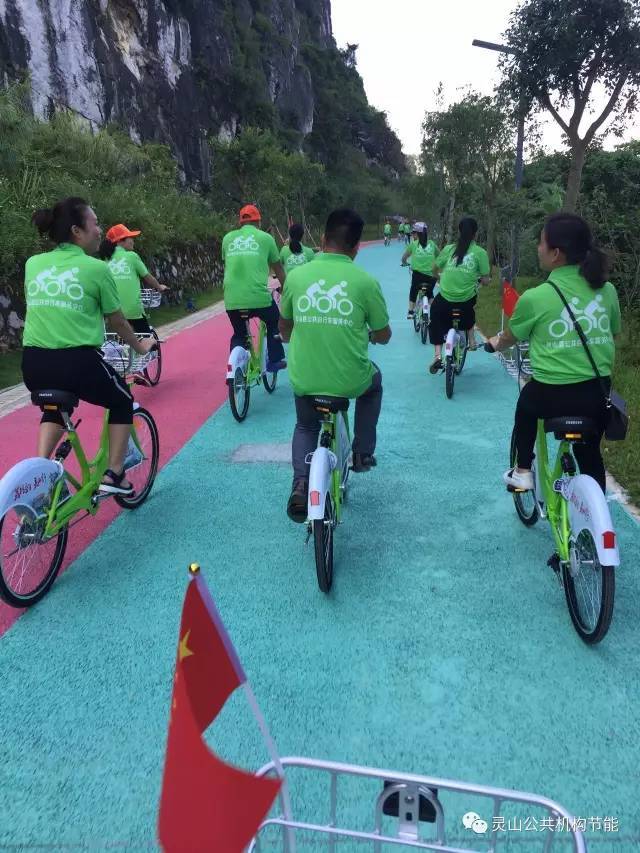 A clean and tidy mountain road Only sport and beauty can't be lived up to

Every public bike alone configuration lock and card reader, the public through the card to borrow the car for public bicycle rental service, each site between the interconnection, the convenience of the public rental and convenient return service. Public bicycles are different from ordinary bicycles. It uses more lightweight materials and custom integrated colors. It provides convenience for the public, but also becomes a beautiful landscape in the city.

Public bicycle as an important livelihood projects in Lingshan, promote green travel, alleviate the traffic pressure in the city center as the goal, after the will for the general public to build a green, healthy and convenient travel system.

Charge standard: free within 1 hours (including 1 hours) free, more than 1 hours, according to 1 yuan per hour charge (1 hours less than 1 hours in accordance with the hourly meter) to collect rental service fees, and so on.

Do card process: people with my ID card (non Qinzhou household staff with a residence permit and the two generation ID card) and copy to the designated card, to pay 200 yuan deposit, spending 20 yuan and 10 yuan fee card can apply for IC card. 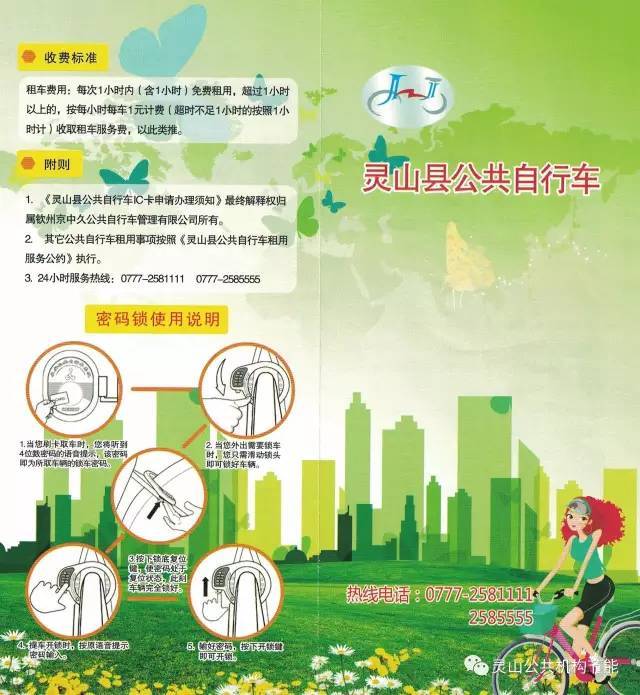 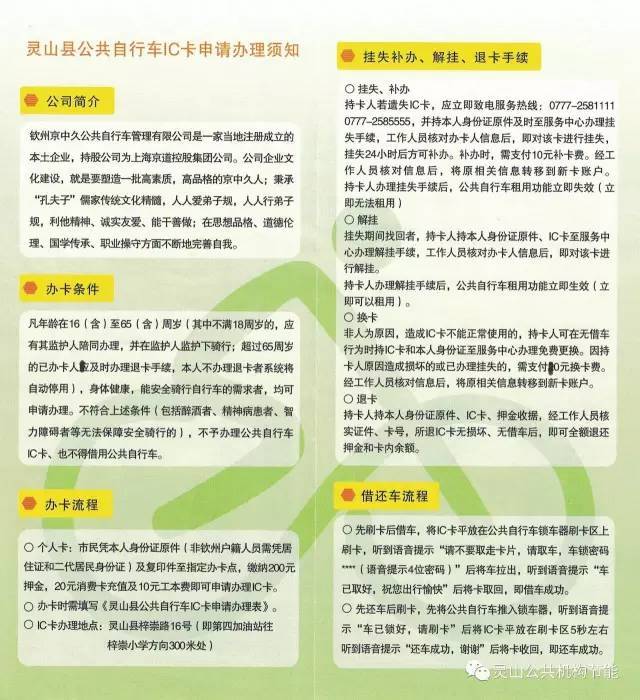